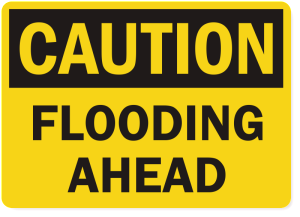 The papers today are full of accounts about bad weather in Southern California. “Severe rainstorms … triggering mudflows and flash floods [and] evacuations,” declares The Wall Street Journal in a typical report.

I suppose the news element–at least to editors in far-away places like the New York home of the Journal–is that harsh weather like this is not supposed to happen in the realm of Disneyland and Hollywood, as opposed to, say, Buffalo or hurricane season along the Gulf Coast. But to me, it’s all part of the idyllic myth that has been the Los Angeles-area image for more than a century.

This perception courses through my new novel, OFFSIDE: A Mystery. The book is about the fictional murder in 2006 of an adult referee of youth soccer in a fictional ritzy Los Angeles suburb, the allegorically named Valley Mirage. I don’t think I’m giving away too much to say one theme is that things are not always as they appear.

While the crime is imagined, the milieu and history are not. Heavy flooding is simply a recurring feature of the SoCal way of life. At one point in the book (on page 140 if you get the printed edition), I point out that massive rains once destroyed a quarter of the entire area’s taxable wealth–way back in 1861. (I take the long view of things.)

If you’re wondering where this remarkable statistic comes from, it can be found on page 127 of Robert Glass Cleland’s evocative 1941 book, The Cattle on a Thousand Hills: Southern California 1850-1880, a standard reference work of 19th century history in the Southland. The citation is among the footnotes for the factual portions of my book that I have posted elsewhere on this site (in the case of Cleland, in Chapter 8.)

To flesh out my perception of inconvenient truths, here are a couple of passages in the book:

One customer was in the San Fernando Valley part of Los Angeles just off Nordhoff Street, named for a 19th-century propagandist secretly paid by railroads whose lie-filled book, California for Health, Pleasure and Residence, attracted hoards to relocate to a region utterly unequipped to handle them …

Despite the staggering population of Southern California, there remained a remarkably huge amount of undeveloped land. Land waiting to be subdivided, graded, laced with streets, electrified, gasified, watered, built upon, populated and, of course, taxed. That put more than 200 incorporated cities and seven county governments that oversaw all the unincorporated land into a rabid competition to attract developers and the people who would buy the homes or work in the buildings the developers produced.

Except for location there wasn’t a whole lot else to distinguish the real estate. It pretty much all was earthquake-prone, flood-prone semi-desert backed up against fire-prone mountains and foothills, themselves prone to mudslides sweeping down into the subdivisions that often shouldn’t have been built where they were in the first place. Obviously, calling attention to the earthquakes, the floods, the fires and the mudslides was not a good selling strategy. (It was no coincidence that the world’s best-known measure of earthquake intensity was co-developed by Charles Richter, a Los Angeles resident trained at the California Institute of Technology and, in the grand tradition of Southern California individuality, an avid nudist and womanizer.) So some of the suburbs focused on stressing bells and whistles. Our schools are new. There are bike paths. You can see mountains …

For all of Southern California’s vaunted reputation worldwide as being possessed as a pleasant climate, the truth was that the environment was subject to violent exception and unexpected peril. That’s not counting air quality problems so predating 20th-century auto-generated smog—problems that some 19th-century developers slyly labeled as “fog-laden sea breezes”—that in 1542 Juan Rodríguez Cabrillo, exploring for Spain, dubbed the waters off Los Angeles Baya de los Fumos, or Smoke Bay. That was due to the presence of what would become known as the Santa Monica and San Gabriel Mountains trapping overhanging haze from Indian village fires …

Hey, when 22 million people live in a desert environment that maybe can handle 1 million tops, bad things are bound to happen.